Thanks to the unpredictable weather we’ve all been experiencing, there hasn’t been much farming going on at Newhouse Farm.

But that’s not a big surprise considering it’s February, so while the usual winter chores are carried out I’ve been taking advantage of the peace and quiet to retire to my warm office with a mug of coffee to watch webinars, listen to podcasts and reflect on my first year being part of the Resilient and Ready programme.

This quieter period has given me the chance to really consider the way forward on our farm and chat to experts. This is a great time for gathering ideas and mulling over potential projects. For instance, I recently talked to an academic from UCL who is putting together a paper on farmers and their carbon footprint in conjunction with HSBC. That was really interesting, and she put me onto someone else at the Institute of European Environmental Policy. We talked about how carbon capture and no-till drilling actual work in real time and he had some thoughts about what we could do going forwards.

I’m trying my hardest to gather as much information about agroforestry as possible but that’s easier said than done. There is a lot of buzz around the topic but as it’s still a relatively new concept there aren’t many people who have done it successfully and there certainly isn't a manual I can consult! Unsurprisingly, the people who have done it successfully are very busy and difficult to get hold of.

So, for the moment I’m listening to as many webinars as possible so that I can learn as much as I can about what our options are. We have decided to plant apple trees and I’ve spoken to a potential supplier, so progress is being made - I just need to be more patient!

In contrast, we’ve decided to plant new woodland in a 10ha field and that’s making good progress. This is partially being driven by the farm owner, who wants it to be part of his legacy.

We didn’t manage to get all our autumn and winter crops drilled thanks to the weather, so we’ve had to have a reshuffle for the second year in a row. I’m waiting with bated breath for a dry patch, but as I look out my window it doesn't look like it’s going to happen anytime soon!

Our wheat is in the ground, together with 60ha of oilseed rape and a bit of winter linseed. Our spring cropping includes some peas, which have replaced some of the spring beans, spring oats will also be introduced for the first time. We’re trying to inject some reliability and flexibility into our rotation - this has been difficult because of the aforementioned unpredictable weather, but at least we will be able to see what works and what doesn’t.

One thing that definitely didn't work for us was canary seeds - as a crop they were fine and we achieved 1.5 tonne/ha but we don’t have any long-term storage on site, so practically it didn’t work that well.

We’ve made the decision to reduce our cover crop seed rates quite significantly from the recommended rates, halving them at least. It’s a big decision, which is why we were pleased soil health expert Ian Robertson reassured us we were doing the right thing when he visited us back in November. He came to look at our cover crops and we discussed how they could be improved. We will now be carefully choosing species following his advice and look forward to putting everything we learnt into practice this autumn.

Sparsholt College graduate Andy has been the manager at Newhouse Farm for 10 years.

The 800ha estate has 600ha put to arable cropping which has been min-till cultivated for two decades.

Andy uses variable rate technology for fertiliser, nitrogen and seed with parts of the farm set aside for trials to test new techniques in crop management.

Elsewhere, there is 70ha of woodland, a small sheep flock and a pig herd. 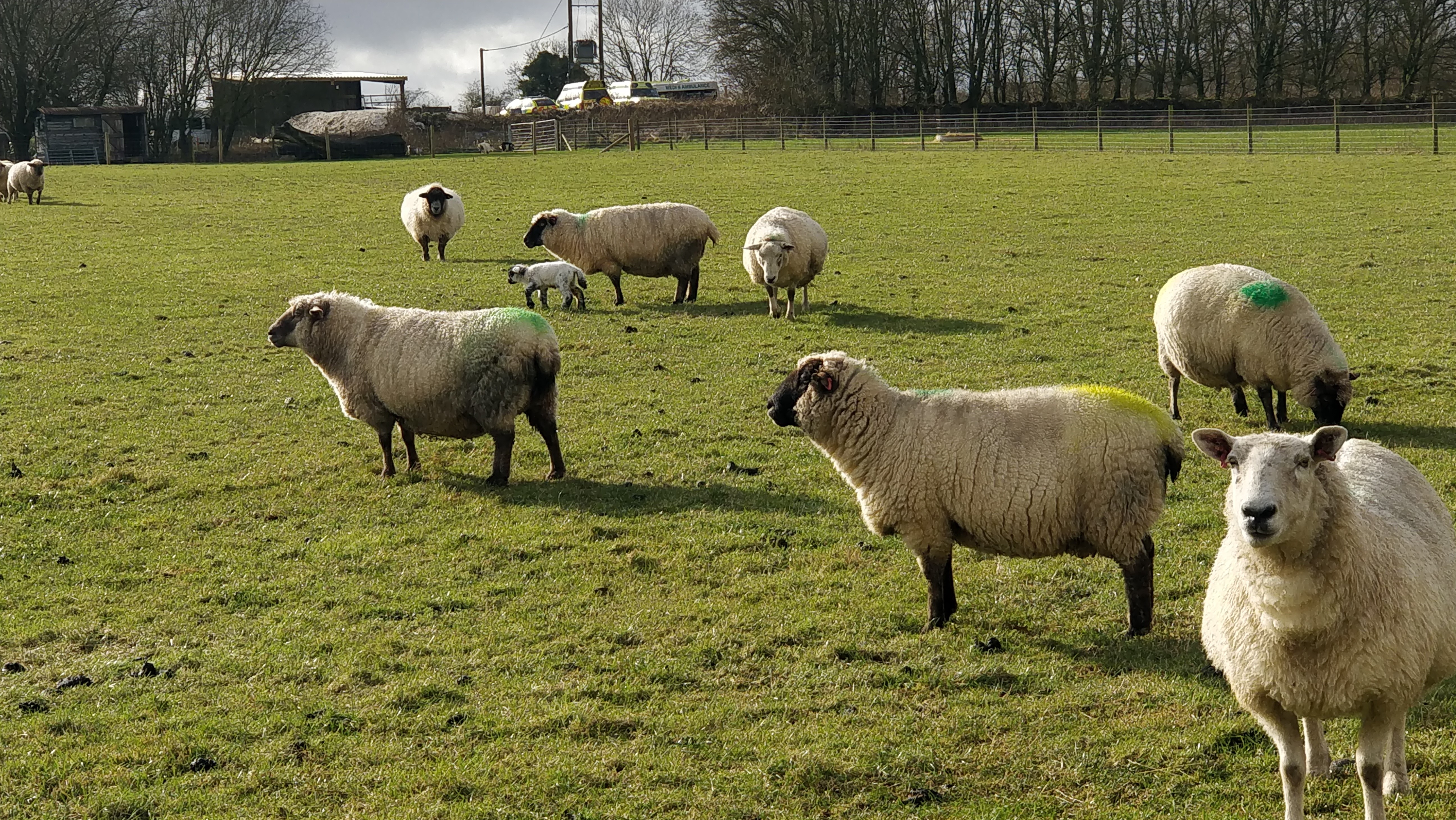