A prolonged period of dry weather followed by early May’s rainfall is likely to require a change of herbicide strategy for potato growers this season.

The bulk of weed control in the sector is carried out using residual chemistry applied to ridges shortly after planting.

But with April’s average rainfall dropping below 15mm – when growers typically see 72mm – weeds have not had the moisture to germinate and some growers have seen ridges degrade.

He said: “The dry, cold weather means potato growers are in a different position this year when it comes to weed control and strategies will have to be adapted to 2021’s conditions.

“Dry ridges will lose soil from their sides, causing disruption of the seal required for residual herbicides to be effective, will allow weeds to germinate and grow away unchecked once stimulated by the arrival of moisture.”

Leaving weeds unchecked can hit yield and slow down harvesting machinery, but a greater threat may come from increasing the risk of blight through sheltering leaves or contributing to a more favourable microclimate.

Craig added: “The aim is always to start with a clean field then tackle any late germination but, with such limited rainfall, a more effective course of action would be to apply a herbicide when weeds begin to actively grow.”

Titus®, containing the active ingredient rimsulfuron, is a valuable herbicide which targets the key problem weeds and will be an invaluable tool in a dry season when pre-emergence activity will be negatively affected.

Titus® may be used in tank mix with metribuzin, where varieties permit, or alone with a wetter to provide post-emergence activity across all potato varieties, excluding seed crops.

He said: “We have seen rain since the Bank Holiday weekend and in many areas this will stimulate germination after the damage was done in terms of a pre-emergence herbicide.

“We would advise a mixture of Titus® plus metribuzin and a wetter to broaden the weed spectrum, but care should be taken to check that the variety is tolerant of metribuzin before adding to the mixture.

“Being a sulfonylurea herbicide Titus® will work most effectively against small actively growing weeds, so application should target weeds at cotyledon four-leaf stage.”

Application timing should be from Rosette stage of the crop until 25cm, after which hitting the target weeds would be impaired.

Titus® can be used on all varieties except seed crops. 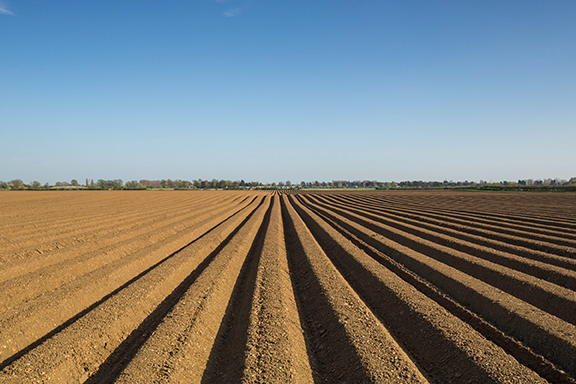